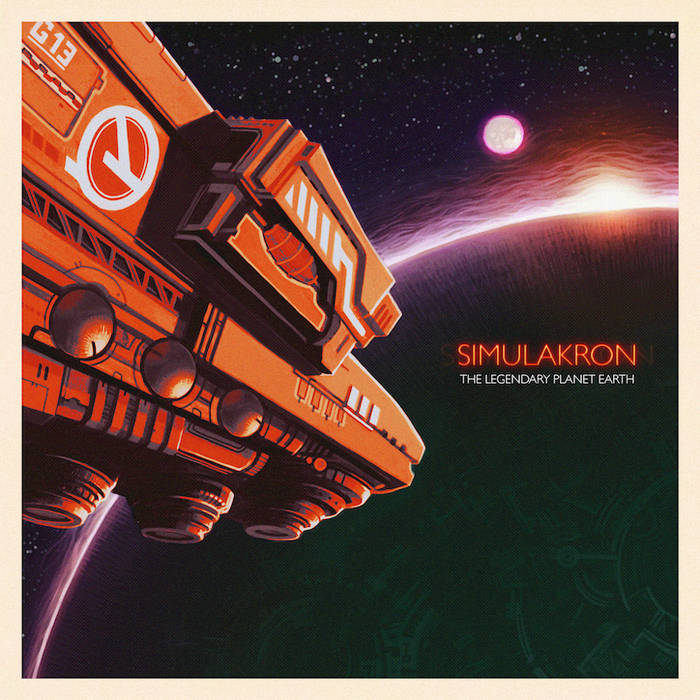 I Have Four Names

The year is 2001. Сhaos covers the small serving city, situated deep down beneath the colony. People are disappearing, mysterious virus strain turning them into crazies.The scientist and his brave friend major David are trying to escape the sealed underworld facility.

They disarming the guards and using teleport terminal to steal a race spaceship. Taking a capsule with infected blood they are rushing towards skyline. Their mission is to reach legendary planet to save their small world.

The leader of colonies, the super solar computer, is sending spacetime patrol to catch them. Trying to run away from unstoppable Colonial Falcon, chasing them from jupiterbase Alpha, the scientist is reprogramming the doomsday machine, and, they becoming invisible by jumping into the hyperspace.

Finally, they are reaching the legendary planet and happy to bring the message from the stars. But the emperor of Earth is not that exсited to see unexpected strangers from the night sky. He's forcing them to play Deathball 3000, where they have to defeat two-headed mechanical mutant built from chrome and blood.

Without a doubt, major throwing his magnetic laseraxe and decapitating the monster. The audience of arena is applauding enthusiastically and the emperor deciding to help travelers. Next day, the imperial space fleet starts its journey to the Great Colonial Planets.

Will they solve the mystery of colonial strain? Will they destroy the super solar computer? Listen to album and you'll find out.

On Halloween night, 2014, David Isen convinced the security guard at his apartment building to let him into the basement of the tower, which served as downtown Los Angeles’ main subway terminal from 1925 - 1955. Rumor has it that strange things reside in the dark abandoned halls resting underneath the structure. Expecting to maybe unearth a colony of the homeless dwelling unnoticed beneath him, instead he found this strange cassette tape, of a shape and size unlike anything he had ever seen. Internet research was of no avail, and there appeared to be no apparatus to decode the contents of this strange recording.

On a whim, he sent a picture of the artifact to his friend Vladimir Storm in Russia, a collector of unusual and rare modular synthesizers and long forgotten audio equipment. 2 years earlier, during a holiday visit to his small home-town in Northern Russia, Vladimir had taken a trip to the abandoned soviet coal mining city of Pyramiden, on the remote arctic archipelago of Svalbard. While exploring the ghost-town, he snuck into one of the closed non-descript factory buildings. Among piles of discarded mechanical equipment, one device caught his eye. While the rest of the decaying machines appeared to have served some function in the processing of coal, this one looked like one of the 1970’s era modular synthesizer units that had so captured his imagination for the last several months. He hoisted the machine onto a nearby utility cart, and took it with him on the boat back to the mainland. On further examination back home, the apparatus would power up when plugged in, but would not produce any sound, as it appeared to require an audio tape to be placed in its main tape socket. But the shape and size of the empty chamber did not match anything he had ever seen.

After looking at the picture of the cassette that David sent, he immediately made the connection and asked David to send the cassette as soon as possible, because he believed that his mysterious and heretofore silent machine was, in fact, the very apparatus that could unlock the audio transmission contained on the enigmatic cassette. Several weeks later (due to the patent unreliability of the Russian post), he had the tape in hand, placed it in the machine’s empty socket, and heard the ancient relic come to life. A pristine recording, of unknown origin and unclear destination, poured forth into the airwaves.

This curious and puzzling transmission seemed to tell a strange story of the distant past or distant future. Was this a desperate call for help that had travelled through dimensions to reach us? Or a tract from a historical archive that slipped a worm-hole giving a fleeting glimpse of our planet’s fated destiny? Or maybe its just a long forgotten manuscript for a fantastical 1970's sci-fi musical film? We may never know! But we thought the music and story was intriguing and maybe if we put it out there, the message can continue on its journey through space and time, and the strange transmission might eventually reach its intended recipient.

Bandcamp Daily  your guide to the world of Bandcamp

Exhumed and Gruesome's Matt Harvey checks in, with jams from Cannibal Corpse, Midnight and more